There was excellent news today for Sustain members who have been working for several years to see a ban on a pesticide that harms bees and other insects. DEFRA Secretary of State Gove announced the UK would vote in the EU for a ban on its use. 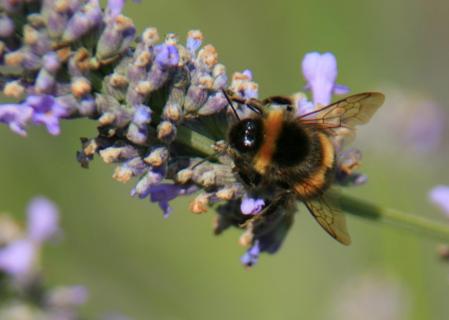 The Guardian reports today that the UK will back a total ban on a group of pesticides - called neonicotinoids - in fields across Europe, the environment secretary, Michael Gove, has confirmed.

The decision came after research was examined by the UK’s Expert Committee on Pesticides (ECP), which published its updated advice on Thursday. “Exposure to neonicotinoid pesticides under field conditions can have an unacceptable effect on honeybee health” they concluded. “Such unacceptable effects are occurring at a landscape level and between seasons.”

Our members incluidng Pesticide Action Network, Friends of the Earth, Soil Association and many individual campaigners have worked hard to get this ban and to develop other less harmful approaches for tackling pests.