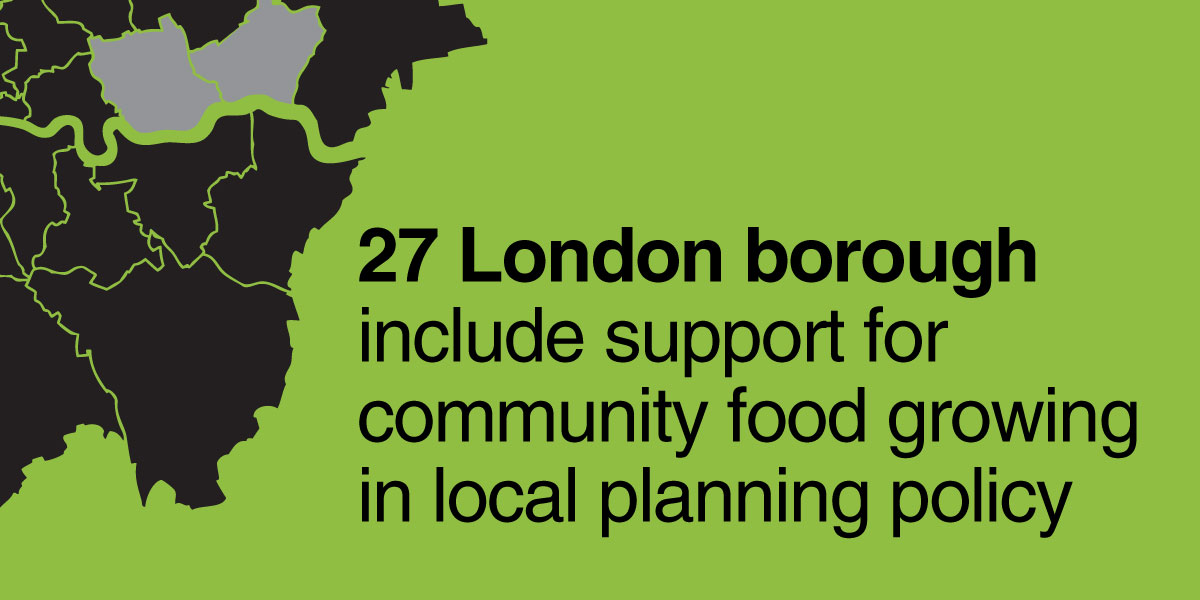 Now in its seventh year of publication, the Good Food for London report, which covers 11 different measures including food growing, found more councils undertaking actions to help their residents grow food, including 26 signing up to Capital Growth, 27 supporting food growing within local planning documents and 30 involved in Food Growing Schools London.  This shows an increase on all three of these measures, up form 20, 28 and 22 respectively.

Across the full set of measures the Royal Borough of Greenwich led the table, closely followed by the London Boroughs of Islington and Tower Hamlets. Brent and Southwark are recognised for having improved the most since 2016. This year the report is accompanied by an interactive website where you can look at how your borough performs over time and against other areas.

The report is also accompanied by a sister report, Beyond the Food Bank, which assesses how boroughs are tackling the complex issues behind food poverty, Islington reached the top of the table, followed by Lambeth and Greenwich. But worryingly a third of London boroughs were unable to provide information on how they are tackling food poverty, at a time when 37% of London children are living in poverty.

Take a look at the interactive maps