Capital Growth / What we do / Growing Culture / Oral Histories 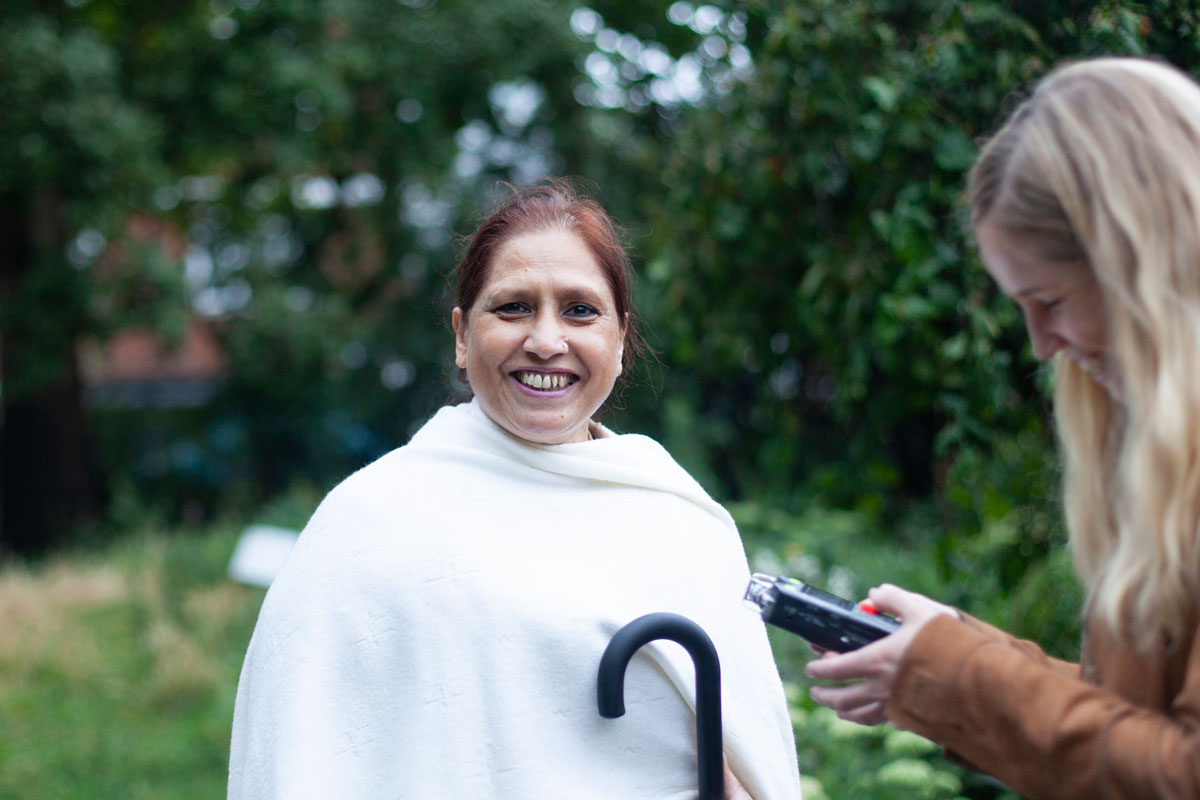 To ensure that more of London’s food growing heritage is better documented and recorded, Growing Culture volunteers collected and edited interviews, some longer than 1 hour in the participant’s home or garden, and some more similar to vox-pops at events and local hub workshops. We identified older growers as well as those with a particularly interesting story to tell about their experiences of food growing in London. We spoke to people with overseas heritage and learned about their growing cultures and how they feel this has shaped theirs and London’s food culture. Here is a collection of oral histories discussing everything from experiences of growing seeds with a connection to homelands, getting younger generations involved and passionate about growing and the importance and benefits of community gardening.

There’s so much to learn. If we don’t teach our children, or our grandchildren, the history will be lost. And I think we’ve done that last 20 years, 30 years. We need to bring nature back and start from your back garden, start from the pots and the house and the garden. In your kitchen, start putting little herbs in your kitchen windows, make it beautiful.

I felt interviewees really valued the opportunity to tell their stories and I gained confidence in interviewing and recording and learned a lot about the importance of food growing as a way of connecting people and combatting isolation.

Interview with Basilia Gondo, a grower at Spitalfields City Farm

Basilia is a regular grower at Spitalfield’s City Farm. She comes to the integration sessions at the farm where people from different countries explain what they grow and share different recipes/ingredients. For instance, she shares with others the maize originating in Zimbabwe

Despite growing up on the “mean streets” of New York City, Clair’s rural, southern Italian heritage meant that the freshest vegetables always graced her family table. Summers on Staten Island gave her father a chance to teach her how to tend a small vegetable patch and her mother showed her how to batter a zucchini flower. But it wasn’t until about 10 years ago whilst teaching nursery aged children that Clair began growing vegetables in earnest. It became increasingly important to her to give inner London children the opportunity to grow, cook and eat their own vegetables.
One year on she had an award-winning garden that received 5 stars from the RHS and numerous awards from Islington in Bloom. A few years ago she decided to follow her passion for planting full-time and set up KEENTOGREEN. And since April 2017 she have been coordinating the LGBTQI+ led gardening group, Rainbow Grow. Now based at Hackney CVS, the group has gone from strength to strength with a small show garden at Hampton Court, grants from different sources, an out-reach and education programme and numerous outings, social events & fundraising dinners. Both in private and public spaces Clair believes that beauty does not need to be sacrificed where food is grown.

Interview with Judy Twilley, a grower at Whetstone Allotment

Judy Twilley first came to Whetstone Stray allotments as a young girl, fetching water from the brook for her grandfather on his plot. She remembers the move from traditional British growing, a time when the allotments were all-male, and while she no longer has a plot on the site herself, she is still involved - this year as the almighty cake judge on the allotment’s Annual Show.

Interview with Maria Gamberini, a grower at Whetstone Allotment

Maria Gamberini was born in 1941 on a farm in Parma, Italy. She moved to the UK with her husband Gian-Carlo, and took on an allotment plot in Whetstone Stray in 1978. She grows a spectacular array of fruit, vegetables and leaves: cavolo nero, radicchio, tomatoes, beans, bitter greens… There is a hazelnut tree on the neighbouring plot which came with her from Italy forty years ago, and Italian squash varieties zucchini romanesco, zucca di Albenga and zucca di Chioggia are thriving - almost ready to be cooked and stuffed into ravioli.

Interview with Mary Pitteway, a grower at Ham House Allotment

In 2007, Mary Pitteway helped to establish Ham House allotment which ran for 2 years. The community allotment then moved to Grey Court School in 2009 and became the first community allotment at Grey Court. In particular, the garden helps children at the school with special needs. Initially they used guerrilla gardening techniques and straw bale gardening techniques which gained a lot of interest

Bella is 29 and originally from the Philippines, she moved to the UK about 13 years ago. She now lives just down the road from Bonny Downs Community Garden. She has been volunteering at Bonny Downs for 3 weeks.

Interview with Seetha, a grower at Bonny Downs Community Garden

Seetha is 72 years old and moved from Sri Lanka to London in the 1960s to complete her nursing training but remained in London afterwards. She is now retired and pretty much a full time gardener. Seetha has been growing on her allotment for 20 years.

Interview with Samika Barclay, a grower at The Skip Garden

Samika is 18 and lives in Angel. She is a part of the Global Generation’s Seeds for a Better World project which aims to connect to and replenish our diverse natural heritage. She also grows her own herbs and edible plants on her windowsill at home. Samika is hoping to continue to spread the word about sustainably growing your own food when she goes to university in Bath.